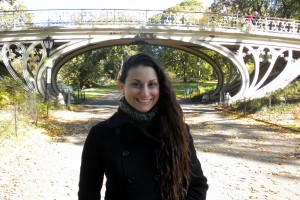 I am a graduate student in the Mechanics, Materials, and Structures PhD program in the Department of Civil and Environmental Engineering at Princeton University. I received a B.S. in Civil Engineering and a minor in Architectural Studies from Tufts University in the spring of 2008. In the fall of 2008, I entered the M.S.E. program in Civil Engineering at Princeton University and worked with Professor Billington in studying the bridge projects and design philosophy of French structural engineer Michel Virlogeux. After graduating from the M.S.E. program in June 2010, I continued my academic career at Princeton at the PhD level with Professor Adriaenssens as my adviser.

The accomplishments of the project to date are: 1) the application of dynamic relaxation form-finding to an entire footbridge superstructure to integrate the railing and bridge deck as one structural, form-found system; 2) the coupling of dynamic relaxation form-finding and deterministic geometry optimization to enforce an ADA (Americans with Disabilities Act) compliant footbridge form; and 3) the combination in one computational routine of an initial form-found footbridge form, deterministic buckling optimization, linear finite element methods, and governing bridge code loading patterns to produce a stability-improved footbridge form. 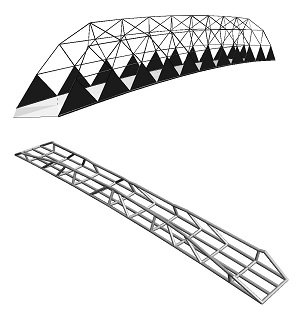