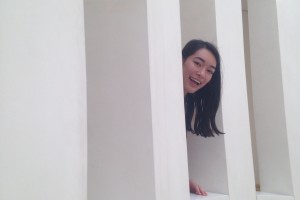 Katie is an undergraduate in Civil and Environmental Engineering, graduating in 2018. During the summer of 2016 she is investigating biomimetic facades, particularly dynamic amplification in the Stylidium, or trigger plant. By experimenting with forms similar to the Stylidium as well as geometries derived from action origami, she and the rest of the team hope to create an efficient system that moves under minimal forces or deformation. These findings could be applied to facades that open and close to make them more energy efficient, decreasing the staggering emissions from the building sector. The project also includes the designing of a sculpture for display at the United States Botanic Garden in Washington D.C.