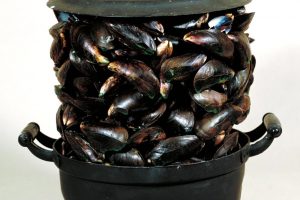 Civil shell structures mostly originated in Germany in the beginning of the 21st century, spurred by development of analytical “shell” theory and reinforced concrete. Their evolution in that century can be marked by 3 phases. These phases also happen to span the biological life of Belgian artist Marcel Broodthaers (1924-1976) who is , among other projects, known for his assemblies of shells of eggs and mussels. In this talk, I briefly describe the history of civil shell design and construction in Belgium in the 20th century and in particular I focus on the work of the civil engineer Andre Paduart (1914-1985), who operated in the same time and geographical space as Marcel Broodthaers.