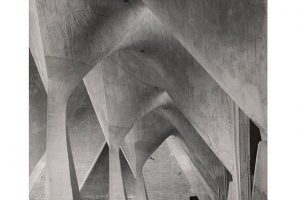 Thin structural shells have shown to be inherently able to withstand earthquakes, but the reasons for this apparent seismic resistance have only been partially reported in literature, and never well studied. Shells exhibit a high structural efficiency, meaning they can be very thin, and thus have a low carbon footprint. Because of their lightweight nature, earthquake forces induced in a thin shell structure are relatively low. However, the shape of a shell structure is typically established so that it performs optimally under gravity loads (such as self-weight), carrying the loads to the foundations mainly through membrane action over the shell surface. Unanticipated horizontal forces induced by earthquakes generate bending stresses in shell structures, which could lead to structural damage.  The relevance of our shared research interest in the study of shells and domes in seismic regions is a direct consequence of the high incidence of earthquakes in Italy and the west coast of the United States of America, and the potential of shells and domes to be safe havens for local communities during such an event. Therefore, together with the University of Roma Tre we seek to build a collaborative research project on how to evaluate and exploit the potential shells and domes in seismic regions.  If successful, the strategies developed in this collaboration will help mitigate the devastating effects of earthquakes in cities and improve the well-being of its inhabitants.