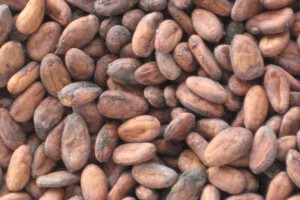 A delectable design aimed at using innovative materials in architecture has led to what might be a cocoa lover’s wildest dream: a pavilion made entirely out of chocolate.  Engineers at Princeton University have teamed up with the Belgian chocolate company Barry Callebaut — the world’s largest chocolate manufacturer — to construct what would be the first functional structure made completely of chocolate.  The project stems from the engineers’ research in form-finding architecture, which seeks to optimize structural durability using innovative shapes and materials. “I think most people just do what has been done before, and I think that is very restricting,” said Sigrid Adriaenssens, a professor of civil and environmental engineering at Princeton involved in the project. “I think especially in structural engineering, a lot of the systems that we use have specific names and people think that they can only use the systems that already exist.” Recent advancements in computer modeling and design software now allow engineers to explore the feasibility of structures made out of more unusual materials, Adriaenssens said.

The team used such computer programs to minimize the weight of their chocolate pavilion, having established that the strength-to-weight ratio of chocolate is quite low — about 24 times lower than standard concrete. They settled on a design consisting of more than 70 individual frames of chocolate that puzzle together into an open-air domed pavilion. The empty space within each frame helps to lighten the load. In total, the structure consists of about 900 pounds (400 kilograms) of chocolate. Members of the research and development branch at Barry Callebaut helped devise a careful mixture of sugar, cocoa powder, milk permeate and vegetable oil strong enough to maintain this form and stay rigid at room temperature. The resulting product does not technically qualify as “real” chocolate: Legally, in the United States, the primary fat solid in marketable chocolate must be cocoa butter. Still, the material does smell, look and taste like chocolate, according Mark Adriaenssens, the director of R&D at Barry Callebaut Americas. “You can eat it for sure, but it doesn’t taste as good as good Belgian chocolate does, I admit,” said Adriaenssens (who has no relation to Sigrid Adriaenssens). “For structural reasons, we went with different fat than cocoa butter that resisted temperature. But because it resists temperature better, it melts less in your mouth and tastes less good than real chocolate does.” The group used this concoction to build a 30-by-30-inch (80 by 80 cm) prototype earlier this year, which has since held up on display at Princeton. The life-size pavilion — measuring up to 15 feet high and wide (2.5 meters) — would function as a temporary installation rather than a permanent structure, lasting up to about a month, Adriaenssens said.

The team originally planned to showcase their work at the grand opening of the Belgian Beer Café in midtown Manhattan this summer, but those plans have since fallen through due to logistical constraints, according to a spokesperson for the Belgian Beer Café. But the team has not yet given up on the project, and will continue to search for a new venue. “We can make it, we know that, it’s just finding the right place to build it,” said Adriaenssens at Barry Callebaut.Barry Callebaut plans to donate the chocolate for the project, and while the eventual installation would likely provide the company with some publicity, Adriaenssens does not expect to make money from it. “It’s just for fun,” Adriaenssens said. “Sometimes that’s also possible.”

Written by Laura Poppick for LiveScience