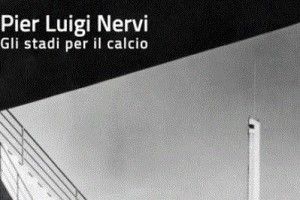 Pier Luigi Nervi’s (1891-1979) career was characterized by a search for new competitive solutions based on static and construction principles. Nervi’s career flourished during a time of great experimentation in new building materials, particularly reinforced concrete. Nervi’s ability to experiment with radically new concrete forms is evident in the design of the Berta and Flaminio stadiums. The lack of knowledge about the exact nature and behavior of reinforced concrete encouraged trial and error processes that allowed designers to attempt daring designs. Over the course of Nervi’s career this experimental phase slowly came to a halt as more empirical knowledge concerning the behavior of reinforced concrete became available and more restrictive building codes were developed.  Later in Nervi’s career, international constraints hindered Nervi’s design process by giving flexibility where he had become accustomed to rigidity and by being flexible in ways that were relatively free when Nervi worked in Italy. Domestic building and economic constraints, set by the social-political context of inter and postbellum Italy, forced Nervi’s creativity to blossom, and these types of material and economic constraints did not seem as pressing in internationaldesign settings (notably missing in the context of the Kuwait Stadium design). A strange paradox is evident in the success Nervi experienced as a result of material and economic constraints domestically that did not exist in international contexts and these factors cannot be overlooked.